If you’re a newbie or experienced person in an online market then at the time of site creation you might have encountered the lack of conviction: while selecting VPS hosting for your website with respect to operating systems such a Linux or Windows? This question can give rise to other doubts such as “if you are using Linux for the first time, will you be able to publish your website?” or “if you select the wrong platform, will there be an issue?”

As a matter of fact, these questions are easy to answer and with basic knowledge, it is possible to understand the differences and know how to select the most appropriate platform for your case. In this article, I will try to unfold the basic difference between the cheap Linux VPS and Windows operating systems and which one is ideal for VPS hosting.

The main difference between Windows and Linux servers

The major difference between the two platforms is the operating system. Particularly, Windows servers run a version of the IIS software (acronym as Internet Information Services), on the contrary, Linux servers are usually configured with the Apache server and it can run on several distributions that exist for Linux operating system. For web servers, the most popular distributions that exist are CentOS, Debian, Red Hat, Ubuntu, and many others.  This variety of distributions is due to the fact that the Linux source code is free and open-source.

The important thing that you need to know and to decide between a Windows or Linux hosting are questions related to the website or the application that you wanted to host for your website. One more important thing that you should keep in mind that the operating system of the chosen hosting server has absolutely no relation with the operating system of a computer that you use at home. That means for eg. you can choose the Linux server even if you have used a Windows or Mac OS system to build your website.

Which one is better: Windows or Linux hosting?

The first and foremost question that arises in your mind while choosing an operating system between Windows or Linux totally depends on the application that you intend to host. For e.g., if your website is built with the PHP language then Linux hosting is recommended. While Windows servers also run PHP, this is a language native to Linux servers. On the other hand, Windows servers also have some native languages developed by Microsoft especially to run on this type of server.

ASP and .NET programming languages are an example and only supported by IIS (Windows) servers. And if this is your scenario then it is best to choose Windows hosting. In addition, if a website does not use any programming languages on the server and instead if it only contains HTML and CSS, you can choose any of the platforms as both support these languages perfectly.

For the better understanding and comparison between the Windows and Linux platforms, below is the comparative table with the popular application/ CMS used on the Internet and their compatibility with each platform.

For content management, some popular applications are created such as WordPress CMS (don’t get confused with WordPress.com, that have their own hosting and cannot be installed on your server) or Magento (It is an open-source and free e-commerce store). Most of the time, these applications are offered with automatic installers by web hosting companies. You can install these applications manually.

In that, most of the applications have been created with PHP and can be installed on both Windows as well as Linux hosting servers as shown in the above-mentioned table. Always remember one thing that any PHP application will perform better on a Linux hosting server because PHP is a language native to Linux servers. Apart from the technology used, you cannot ignore the commercial aspect (price) of it.

Windows hosting is more expensive as the hosting provider needs to pay a license to use the Windows operating system. On the other hand, with Linux, this license does not exist, as it comes free of charge. MilesWeb is one of the finest web hosting companies across the globe that provides various web hosting services at an affordable price. Services that the award-winning company offers are shared hosting, VPS hosting, reseller hosting, dedicated hosting, WordPress hosting, etc. Moreover, based on the operating systems MilesWeb offers two different plans for VPS hosting namely, Linux VPS and cheap Windows VPS. Particularly, for Linux VPS you get the choice of operating systems like CentOS, Ubuntu, Debian, and Fedora.

By default, all their VPS plans are managed and the features that you get along with that are as follows:

The standard Windows VPS hosting features offered by MilesWeb are as follows:

To conclude the topic, if you’re in search of a VPS hosting plan but your budget isn’t big then go with Linux VPS otherwise select Windows VPS if you have a ASP.NET website. 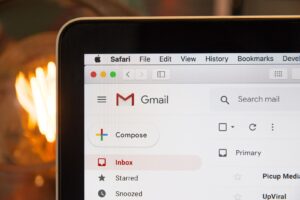 7 Tips to Get Better at Managing Your Email Account 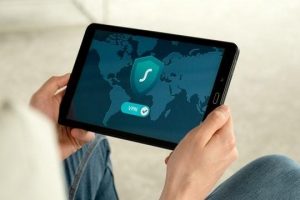 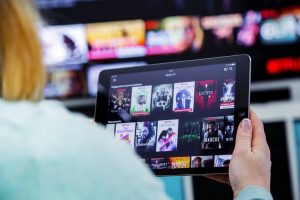